RHS Silver medal for ‘The Journey’ – a commemorative garden in support of The Royal Air Force Benevolent Fund at the RHS Malvern Spring Festival 2014.

We were extremely privileged to welcome onto the garden HRH the Princess Royal who took a keen interest in the narrative and planting styles. The garden also welcomed personalities including the Chef Rachel Allen and helped to raise over £1,500 for charity.

The RAF Benevolent Fund was an obvious choice as a charity for Martyn. He retired from the RAF after serving for eight and a half years, both in Germany and during the Gulf War, as a Senior Aircraftsman. The Journey in support of the RAF Benevolent Fund’ is a garden based on a field of war. Martyn’s concept focused on creating a juxtaposition of two themes – reflection and conflict.

An ambitious and deliberately thought provoking space, delivered a bold and yet moving visual statement demonstrated the beauty that can be found in the most hostile of surroundings and habitats. A strong military theme ran throughout the design incorporating reds and whites that represent the blood and bandages of a wartime field hospital. The use of white also aims brought the theme of peace to the garden. 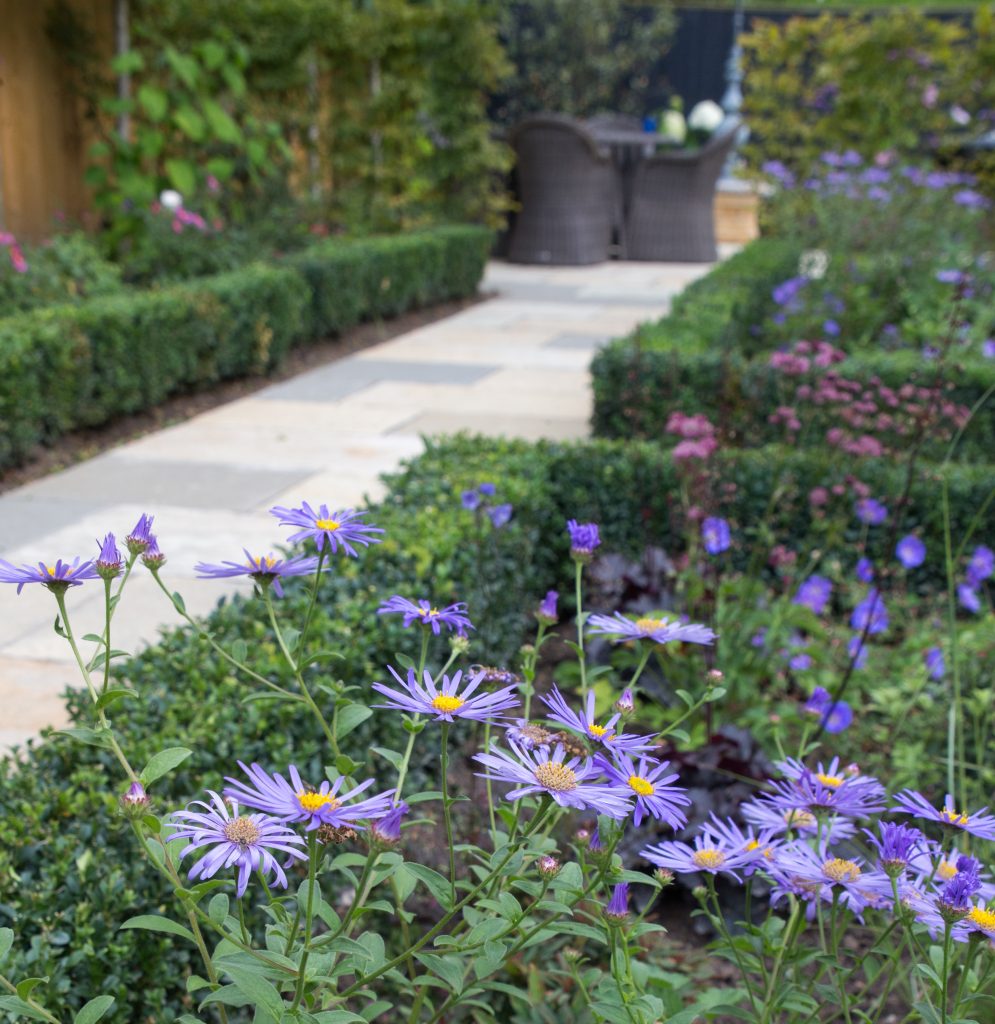